Will Breman Live at Rustiqué Wines 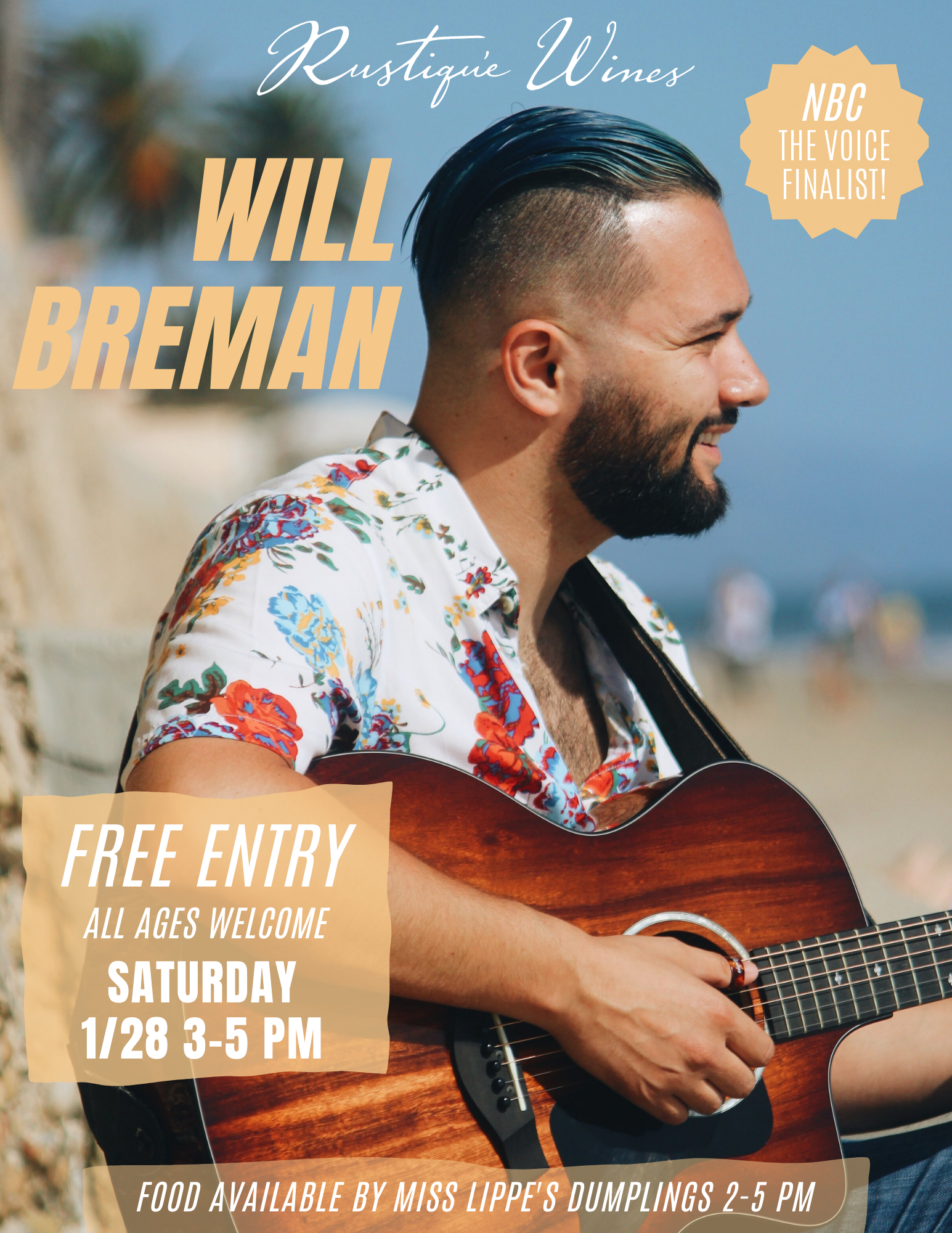 Join us for Will Breman performing live at Rustique Wines.

This is a free, all ages welcome events. We will have a food truck on site.

For the last few years, Santa Barbara-based singer/songwriter Will Breman has made a name for himself as a prominent Central Coast music staple. 2019 started with his release of his debut Santa Barbara Soul Music EP, and culminated with his performing as a semifinalist on Season 17 of NBC’s The Voice.

Breman’s style is as eclectic as his background. His musical upbringing began with voice lessons from his mother and teaching himself guitar. Since then, Will has tried everything from screaming in metal bands to serenading at coffee shops and touring across the nation.

Will’s live performance has evolved over the years, and he currently uses a technique called “live looping” – a process where he records and plays back multiple instrument parts in real time, creating a “one man band” ‘effect. As a songwriter, Will’s goal has consistently been to channel deep emotions that cannot be expressed through any other medium. He has taught himself multiple instruments to achieve this, and aspires to create songs that bear his soul and tell engaging stories.

Stay involved and be a part of Rustiqué from the beginning.